No war has ever taken into account the need to preserve nature. Meanwhile, the war brings millions of silent victims in each of the military conflicts. The Russian invasion of Ukraine is not an exception.

Being in temporary occupation, the administrations of protected areas lost opportunities to sustain protected areas; the workers themselves are at risk of dying from the shelling and are experiencing a humanitarian crisis. Animals kept in rehabilitation centers, zoos and nurseries die without food.

The Ukrainian Nature Conservation Group has launched the initiative “Let’s save nature in the days of war together”, which can be joined by concerned people from all over the world.

The nature that has been under special state protection for decades, including nature in the occupied territories, has no guarantee of preservation.

In addition, in the occupied territories, there are numerous unique undisturbed places that do not have protected status. These are old swampy forests in the north of the country, steppes in the east and south, the Cretaceous mountains of Slobozhanshchina, all coastal ecosystems. We should not forget about the previously occupied Crimea and Donbas, which is also a treasure trove of unique natural ecosystems.

Given the barbaric actions of the Russian invaders, the resources available to the enemy will be taken away or destroyed. Knowing the experience of Crimea, there is no doubt that during the occupation, barbaric development or direct destruction of natural resources may begin.

It is even worse with forests: in the occupied territories nobody puts out fires that break out en masse in places of jet artillery. Thousands of hectares of forests in Polissya and Slobozhanshchyna have already been lost.

According to the assessment of the Ukrainian Nature Conservation Group, the total area of ​​forests in the war zone, under the temporary control of Russian invaders or which is inaccessible to Ukraine, is more than 3 million hectares. This is about 22% of all forest areas in Ukraine.

In the zone of hostilities and under the occupying forces are 1,654,736 hectares of virgin steppes, which is approximately 59% of the steppes in Ukraine, and 4,514 hectares of shrubs – more than 10% of such areas of Ukraine.

The nature reserve fund of the highest rank of protection (national parks, natural and biosphere reserves, national nature parks) covers 1,236,366 hectares. 44% of them are in the war zone, under the temporary control of Russian invaders or are inaccessible to Ukraine. 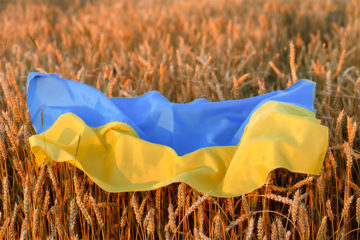