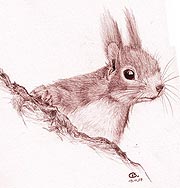 The map shows a difference: Red squirrel ‘current distribution’ contrary to ‘predicted distribution’ by the model (based on climatу change data i.e. GLM-scenario): 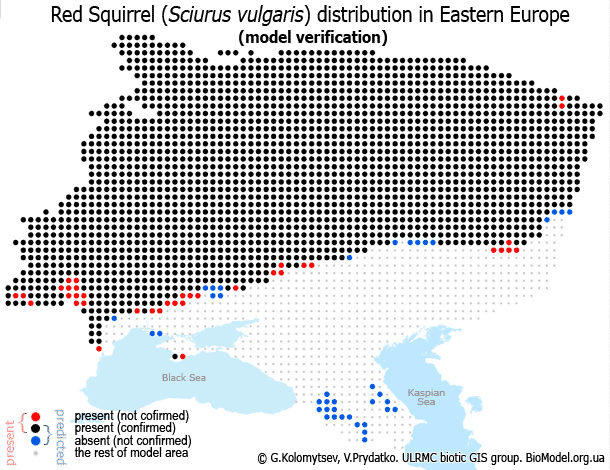 Simple comparison of basic ‘1980s’ and ‘1990s’ maps in GIS environment demonstrated probable changes of species areal. Official local statistics in Ukraine state that the trend looks stable. Based on our polynomial approximation test of 3th-degree (R2=0.97) we could argue that it would not be stable by 2050. GLM scenario shows that the species habitats have migrate to the northern areas (N) and partly to Crimea; finally, the areal will be smaller in GLOBIO Ukraine Region. See more with a summarized table on BioModel web-page.

Second (adjusted) model run shows that only 89,8% of red squirrel distribution area is expected to remain suitable in terms of climate requirements. Most territories of potential red squirrel disappearing caused by the climate change are supposed to be found in Ukraine. 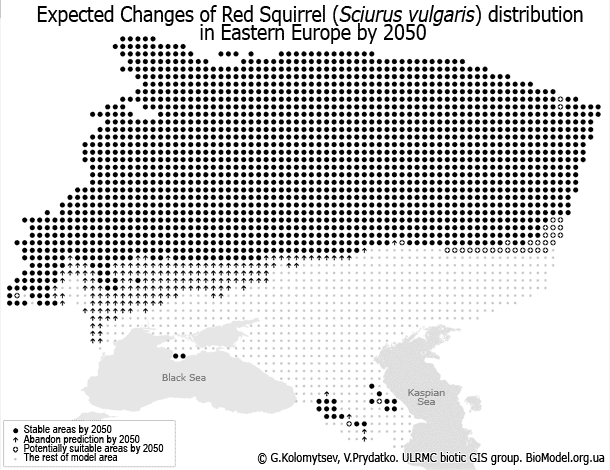